The past 12 months have seen enormous progress for voting reform here in Toronto and across Ontario. A majority of Toronto City Council has now publicly promised to implemented ranked ballots in time for the 2022 municipal election. The nearby cities of Kingston and Cambridge held referenda in which 63% and 56% of voters, respectively, endorsed moving to a ranked ballot system. Both cities are now moving towards implementation. Most impressively, on 22 October, 2018, London, Ontario held the first modern ranked ballot election in Canada. And it was a smashing success.
Progress can sometimes seem to be moving slowly, but when you look back on the year that voting reform just had, its clear that we've seen some monumental steps forward. It's time to celebrate and RaBIT hopes you'll join us for a wonderful evening of fun, fellowship and community. Highlights from this year's events will include:

We're also happy to express our gratitude to Steam Whistle Brewing, our exclusive beverage sponsor for the evening. Thanks Steam Whistle! 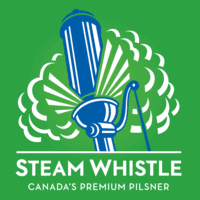 More information will be added to this page as we nail down additional elements of the evening's program. All proceeds from the event will support RaBIT's ongoing efforts at bringing improved democracy to Toronto through the adoption of ranked ballots. Tickets are just $25!
Finally, RaBIT strives to embody the inclusivity we want to see in our politics. If you would like to attend this event, but do not feel you can afford the ticket price, please get in touch at [email protected] and we'll make sure you can attend.