While each municipality manages their own elections, they must follow the rules set by the Province of Ontario. In 2020 Ontario law was changed to remove the ability for Ontario cities and towns to use ranked ballots for their elections, so at a very high-level the path to ranked ballots in Toronto requires:

The path so far

Paths are sometimes winding, and the path so far in Ontario has moved forward and backward over the past decade.  Some key events leading to where we are now include: 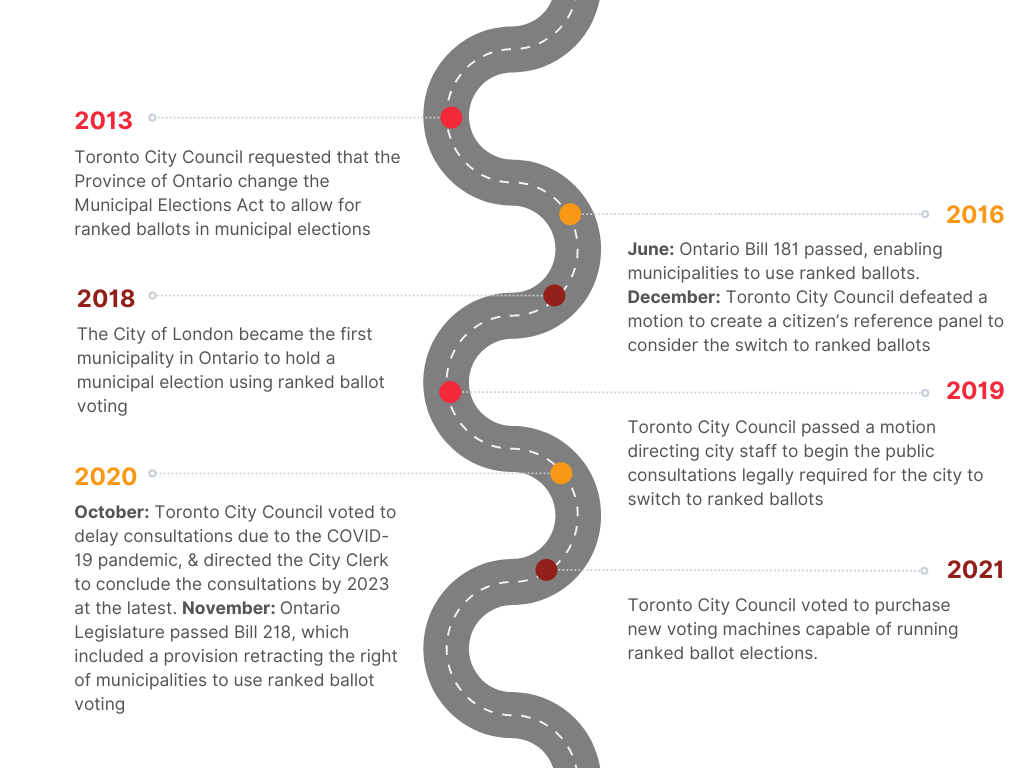