Thank You to Members of Council Who Supported Improved Democracy

On Wednesday, 14 December 2016, Toronto City Council voted - by the slim margin of 22 to 17 - against a motion to have city staff investigate the possibility of creating an independent citizens’ reference panel to examine whether Toronto should switch to ranked ballots for future elections.

Despite losing the vote, this motion demonstrated very clearly that ranked ballots have a lot of support. Councillor Paul Ainslie has been a leader on this issue for years and moved the motion for a citizens’ reference panel himself. Mayor John Tory also supported the motion - as did 15 other councillors. We’d like to thank these members of council for supporting improved democracy, greater accountability, and a stronger voice for citizens in Toronto’s municipal politics. It’s rare that politicians have the courage to vote for measures that would actually make them more accountable to their constituents. Bravo and thank you! 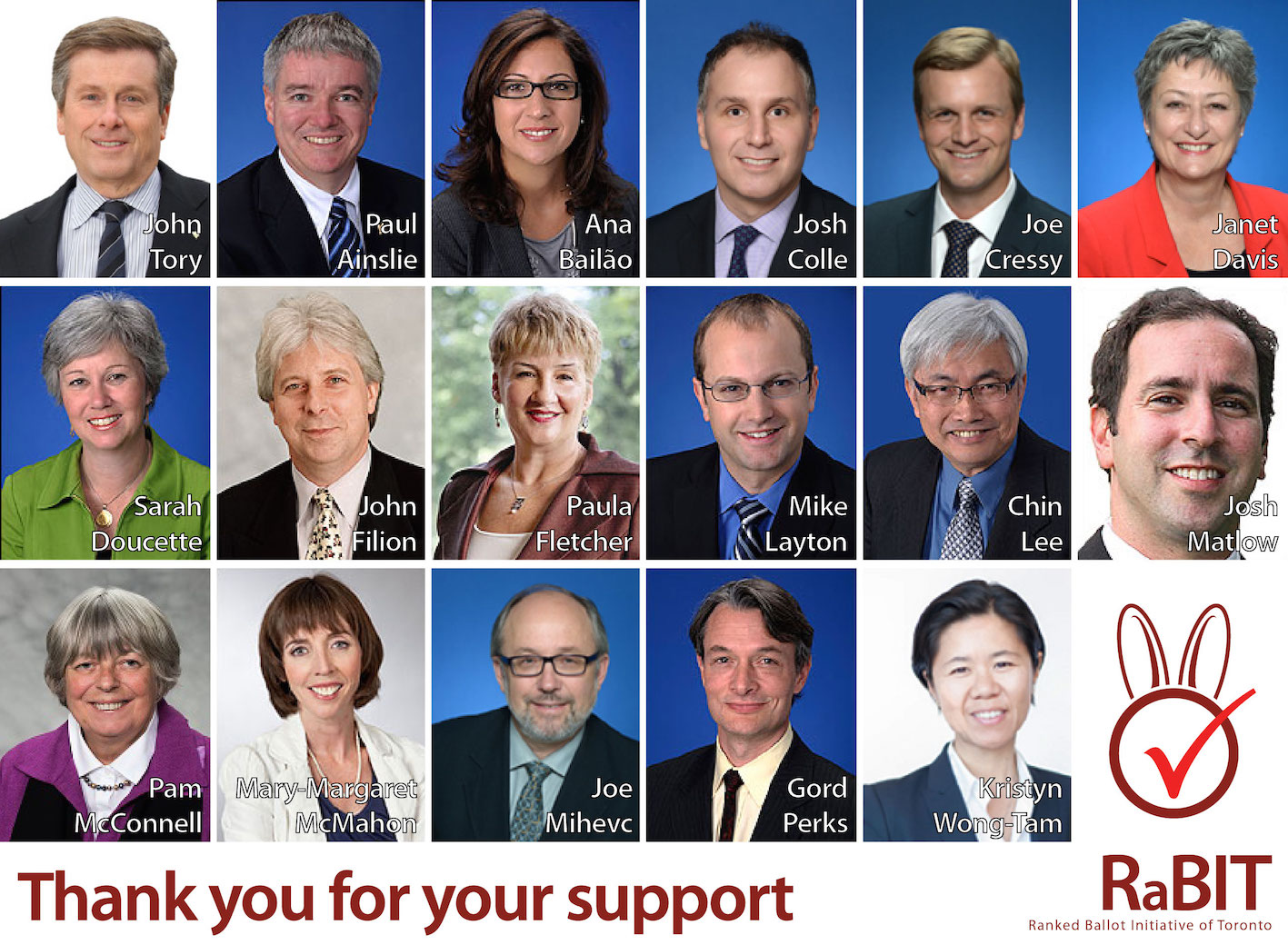